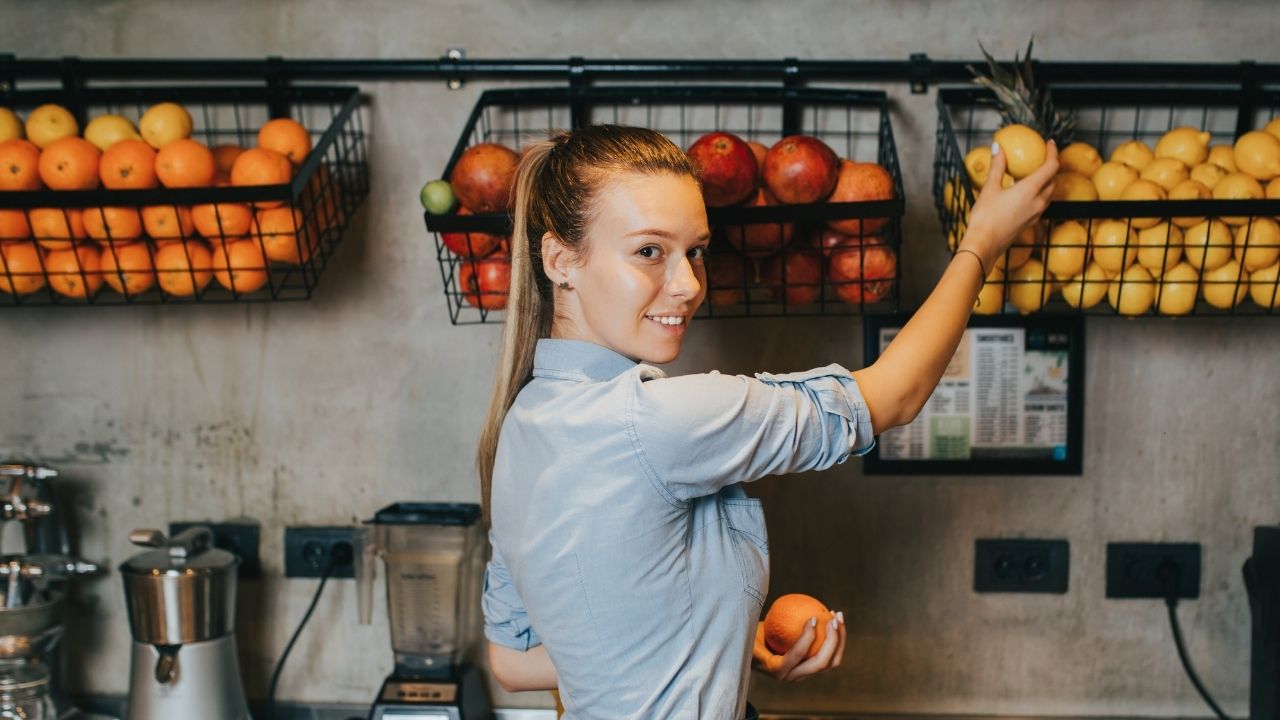 The History of How Juicing and Juice Bars Started

There’s no denying that fresh fruit or vegetable juice is an incredibly healthy, popular product, but was juicing always this popular? Who first had the idea of turning whole fruits and veggies into something you can drink? Discover the rich, colorful history of how juicing and juice bars started with this rundown.

Much Older Than a Trend

Some people believe that juicing is just another dietary fad, but the truth is that juicing has been a beneficial practice for millennia. The earliest record of humans benefiting from fresh juice dates as far back as 150 B.C. The Dead Sea Scrolls include writing from a tribe in Israel that mashed pomegranates and figs to obtain the fruits’ juices. These people believed pomegranate juice gave them strength as well as other healing benefits. Modern science backs this idea, and today many people drink pomegranate juice for its high concentration of antioxidants, potassium, and vitamins C, E, and K.

Walker and the Earliest Juicing Machines

Mashing or grinding fruits and vegetables for their healing properties is an ancient practice, but juicing as we know it began in the 1930s when Dr. Norman Walker invented the first juicing machine. The large yet effective Norwalk machine used a hydraulic press to extract juice. This machine made juicing widely available and sparked further interest in fresh fruit and vegetable juice.

Juicing machines evolved in the following decades. The 1950s saw the invention of masticating juicers, centrifugal juicers, and juicers for both home and commercial use.

As juicing machines became more available, the health benefits of juicing became more widespread. Professional nutritionists and juicing business–owners alike began advocating for fresh juice and all of its benefits. California—which saw the invention of the Norwalk—became a particularly popular spot for juicing pioneers such as Dave Otto, who opened the still-popular Beverly Hills Juice Club in 1975. As local juice bars continued to grow, early juice bar chains such as Jamba Juice started in the ’90s, bringing juice bars to the national mainstream.

Juicernet and the Modern Juicing Industry

Juicernet is proud to be part of the history of juicing and how juice bars started. We entered the juicing scene in 1982, and ever since, we’ve provided clients with powerful, cutting-edge juicing technology. From trendy local juice bars to vibrant supermarkets, from chain restaurants to coffee shops, we help all kinds of businesses provide fresh, nutritious juice to their customers.

Today, we’re proud to offer a full line of juicing equipment. We have the industrial juicer machines you need to create a cool, refreshing, satisfying product with every glass, from classic citrus juice to nutrition-packed wheatgrass or sugarcane juice. Continue the time-honored tradition of juicing in your own business with high-quality juicing products from Juicernet.