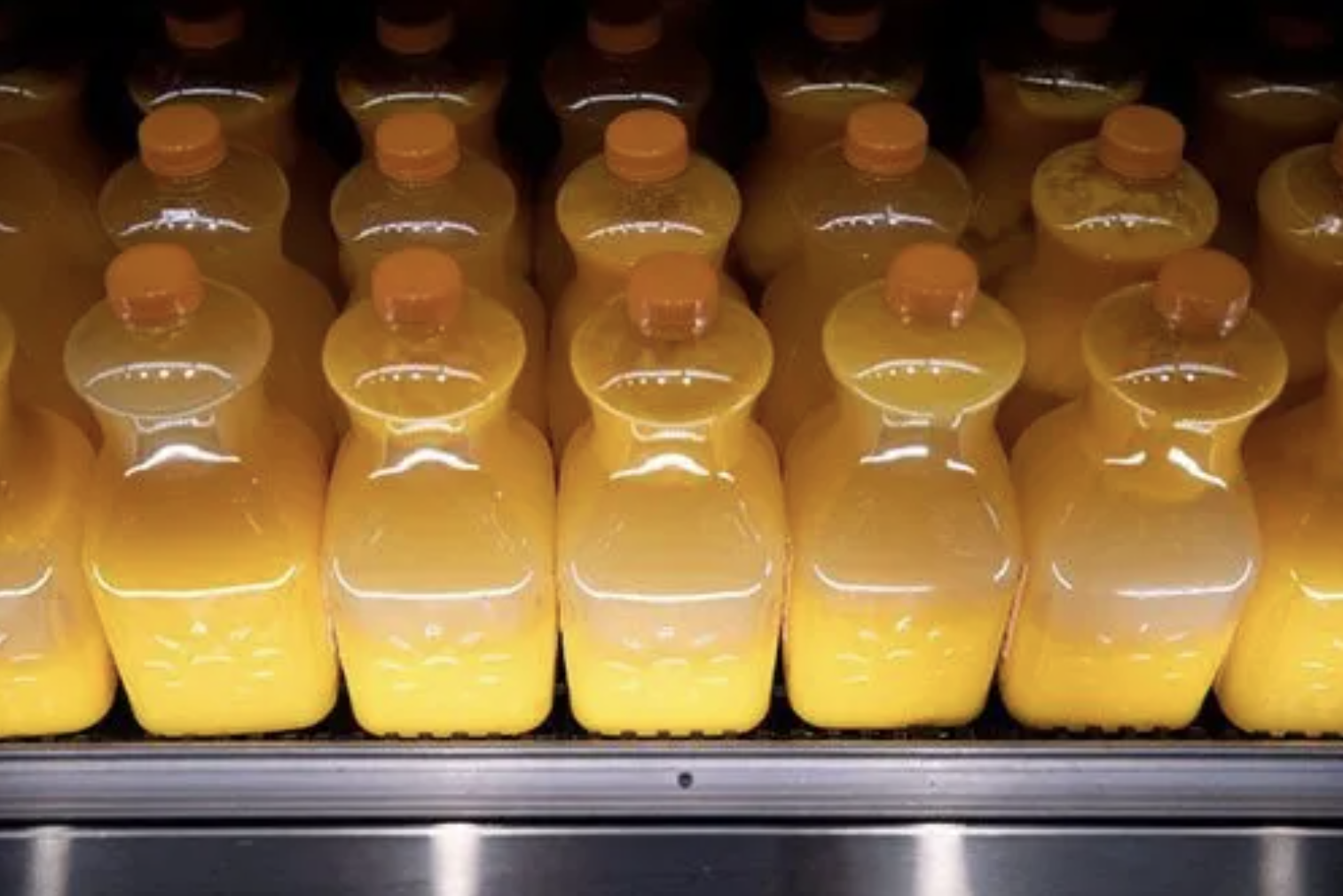 Mariano’s in Chicago Freshly Squeezed OJ is the Star!

Mariano’s supermarket chainoffers fresh squeezed bottled juice using JBT’s Fresh n Squeeze Muli Fruit Juicer, having a total of 3 for each store location. Valencia oranges from either Florida, Texas and sometimes California during summer months are used and typically the most popular for orange juice.A large 64-ounce jug of orange juice will cost you only $3.99. Whole foods sells the same size for $10 a pop and it’s way more tart! Mariano’s jugs are stripped of logos, additives and non-organic to keep the prices low and keeps the regulars coming back. Their large juice case of bottle OJ lives alongside other fresh-squeezed jugs of grapefruit, beets, carrots and limes. They have been known to also sell celery and watermelon juice too, but the OJ is the star and is the most popular among patrons.

The orange juice is such a hit that many have commented on Twitter with: “What drug is in Mariano’s orange juice that it is so good even though I don’t like orange juice,” and “Mariano’s freshly squeezed orange juice was probably squeezed by Jesus Christ himself,” and “GONNA SHOTGUN MARIANO’S ORANGE JUICE UNTIL MY GUMS BLEED.” Just be sure to shake well!