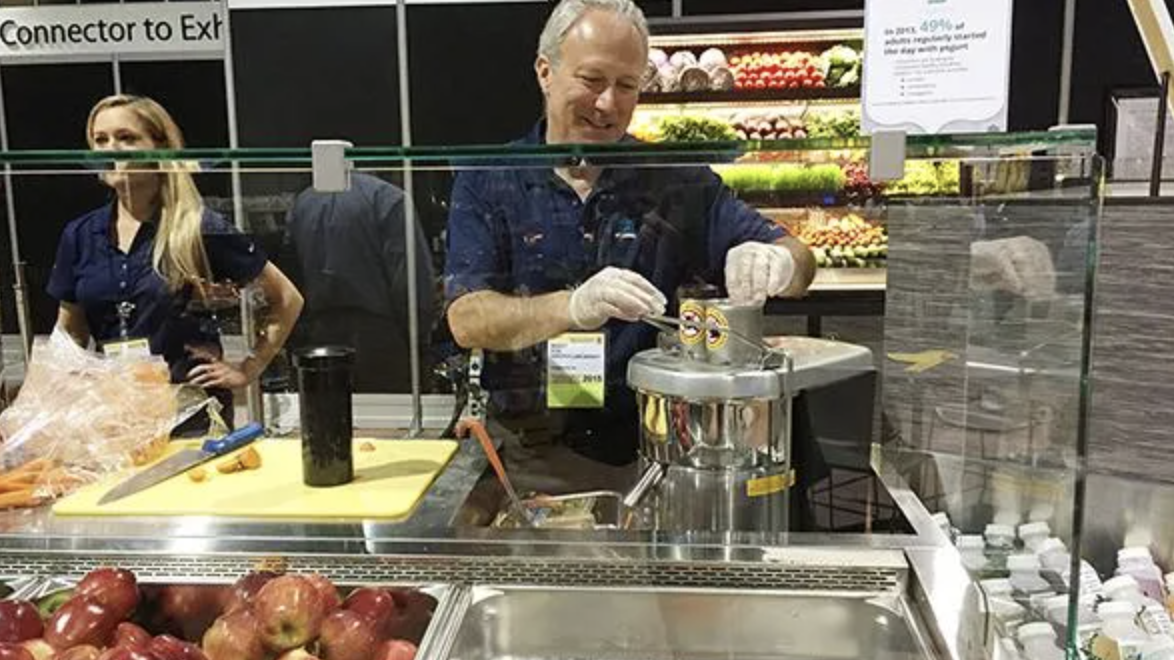 Supermarket News covers the event sharing the best ideas and trends from the 2015 IDDBA Dairy-Deli-Bake Show in Atlanta this month.

This year’s Show & Sell Center at IDDBA’s Dairy-Deli-Bake in Atlanta earlier this month played on the show’s theme of “Growing the Future” with a focus on Millennials while also emphasizing cross-merchandising for the first time.

“They’re the ones who are bringing the money into the grocery store,” Sue Bosse, a retired cheese merchandiser who is a long-time member of the cheese team, said of Millennials. She said the goal is to trigger Millennials to buy more.

To attract Millennials looking for information about their food and flexible meal solutions, the meals teams created a concept called Culinary Concierge. The concept was also designed to help retailers develop a relationship with customers.

Koch said retailers sometimes think they need to hire a three-star chef for such roles, but a recent culinary school graduate would be just as effective.

The other component of the Culinary Concierge would be a personalized meal service. Customers could place an order for one meal or a full week of meals that would be packaged in the store and placed in a bag with the customer’s name and pick-up date in a refrigerated case.

Whole Foods has been using a similar concept in stores in Chicago, according to Koch.

Retailers could upsell customers picking up their meal orders by stocking an adjoining case with deli trays, cheese boards and desserts.

Koch said Show & Sell team members tried to show how to fill every available space by merchandising around cases and displays.“We did a lot more cross-merchandising this year than we’ve ever done,” agreed deli team member Ron Fischer, who works at Coborn’s.

There was “bread and cheese everywhere” to encourage impulse buys, Fischer said. “It’s for extra sales.”

In addition, each Show & Sell team had to invite other teams to participate in one of its displays, according to bakery team member Jennifer Dahm, director of coffee and bakery merchandising at Dorothy Lane Market.

The object was to show how cross-merchandising would work in a real store.

“I think that’s a challenge that a lot of companies have,” said Dahm.

For its collaborative effort, the bakery team put together a breakfast case that featured a juicing station and included cold brew coffee, drinkable yogurt and yogurt parfaits.”

Healthy perceptionsAside from the chocolate cake, much of the breakfast display represented on-the-go items with a healthy feel.

“Everybody wants good food but they want it fast,” said Dahm.

Millennial shoppers in particular are looking for products that are healthy or “at least give the illusion,” according to Koch.